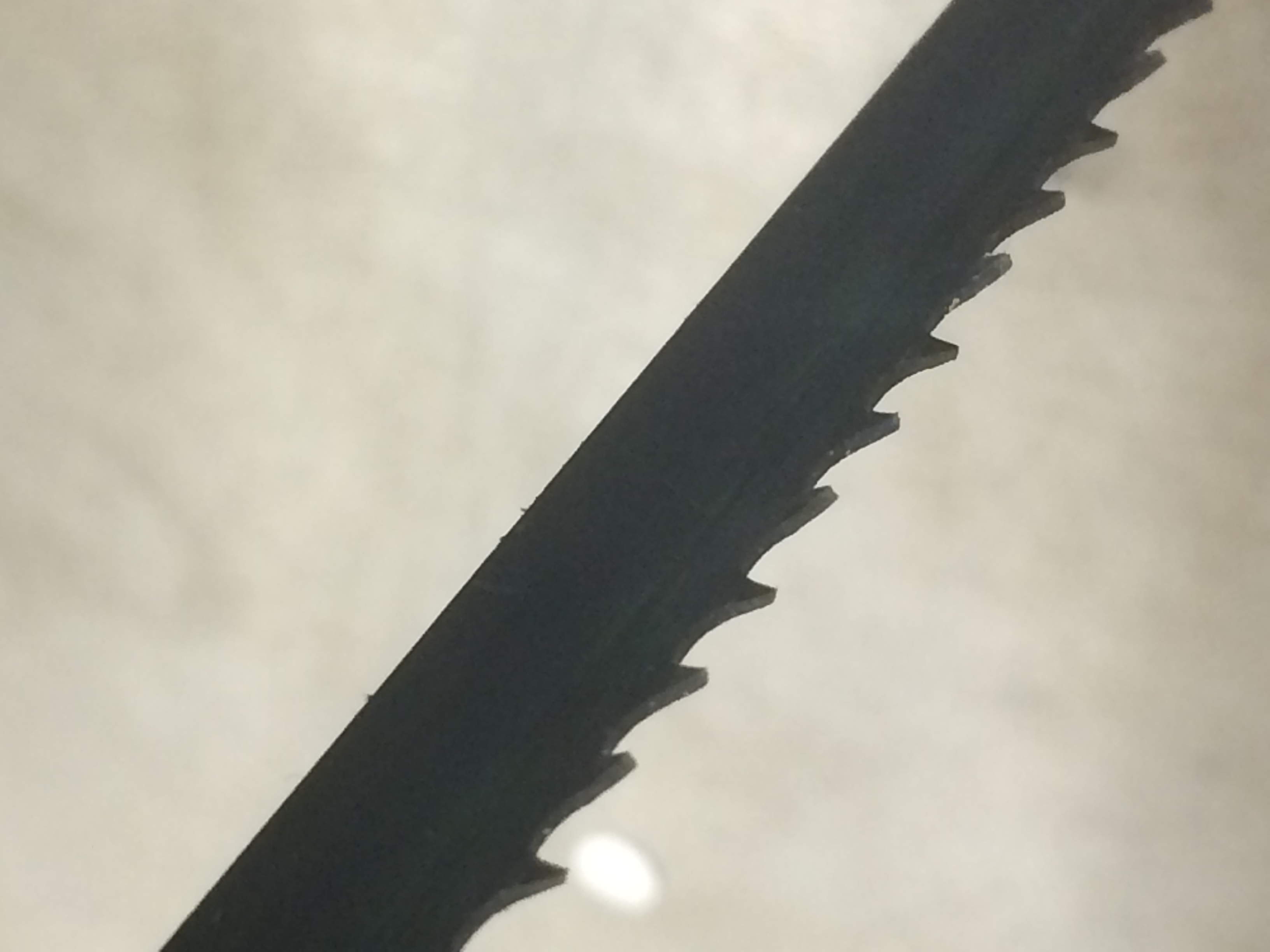 The title was the inspiration for this piece.  Hacksaw.  What would a song with that title sound like?  It would have an opening statement consisting of the relentless doubling of the open high E string set up with hammered-on notes by the left hand. The bass would move across the three lowest strings establishing the key of E.  It would have to be E.  There is no finer key for a jagged rhythm on the guitar.

It would not be clear if the key of E is major or minor, but hearing a D in the bass would pull the ear towards the minor, or at least, a blues tonality.  This key would initially be confirmed as minor, but later move to the major in the third subject.  This same argument would then occur during the statements in the key of A: the second subject would take the position that A is major (while an open string pull-off run tiptoes up the neck with the grace of a funambulist struggling to keep balance), but the key of A would later be established as a minor subdominant chord in the third subject.

Hacksaw would be relentless: a stream of nearly uninterrupted sixteenth notes spanning over four minutes.  An endurance exercise ranking as one of my most challenging composition to play.  During the three main subjects, the right hand should constantly be flicking out rising arpeggios which are answered by cascading descents back to the root note.  The fretting hand should have it’s work cut out as well: hammer-ons and pull-offs expand arpeggios and melodic elements.

These sections should then be given some breath during a transitional element against a pedal tone on E.  The flat pick will get to shine while beating out a syncopated bass line.  Chord stabs on the trebles and a harmonized inner voice of sustained notes would appear above this rhythm.

I settled in to watch some television after a long day spent primarily playing guitar.  My guitar was resting nearby as well.  The Sunday night football game was starting and I was looking forward to seeing the Baltimore Ravens take on the Pittsburgh Steelers.  During the team introduction for this broadcast, Ravens lineman Terrell Suggs gave himself the nickname Hacksaw.  I grabbed my guitar and began to play.  This is what a song called Hacksaw sounds like.