This Taylor Guitar and Move 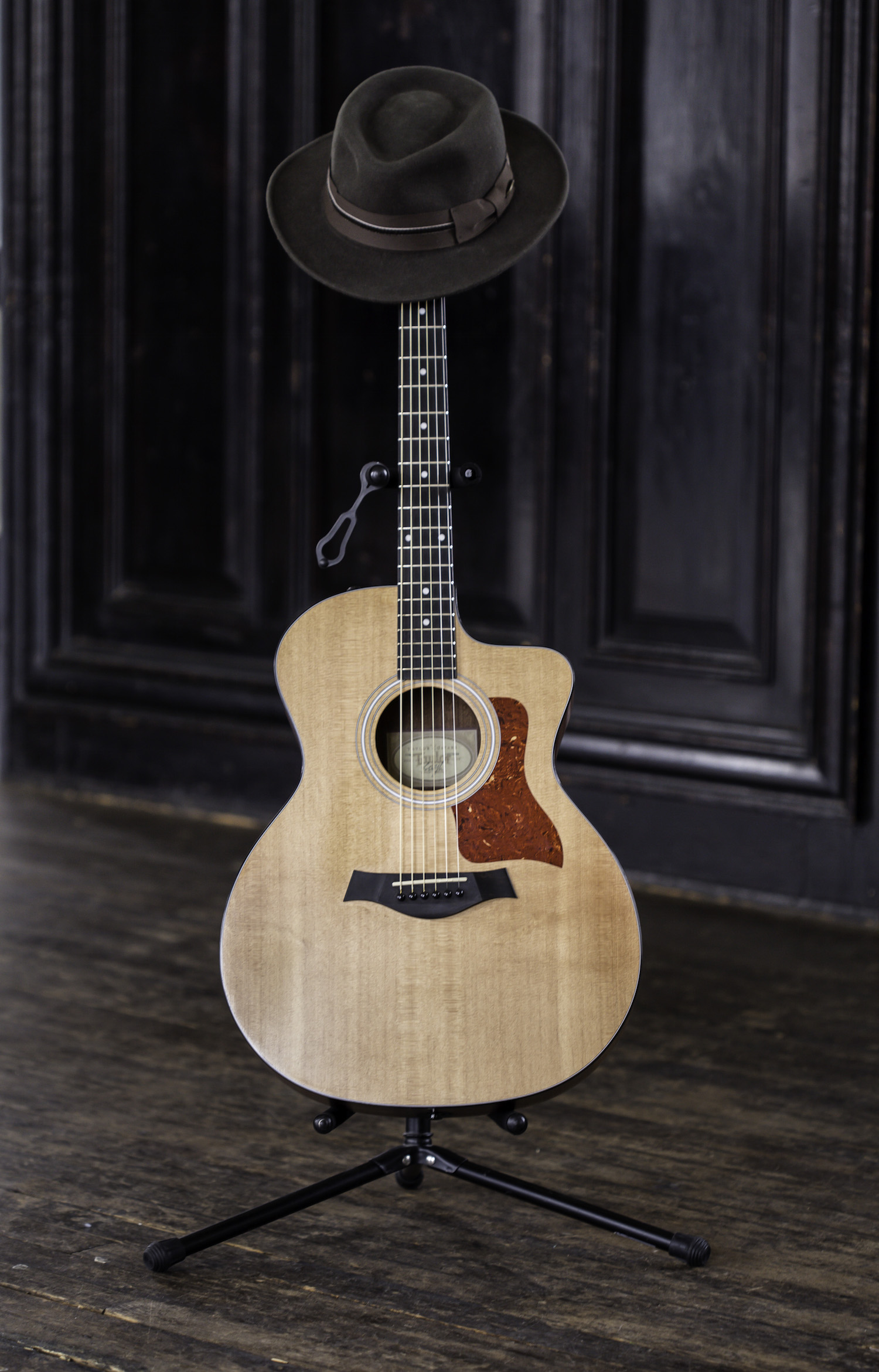 I’m always amazed at the sounds I get from this Taylor guitar when I record it.  I used it for the previous record, On Steel Strings (it is the one I'm holding on the cover).  Hearing the playback of those tracks in the studio caught me by surprise at first.  Was that the same guitar coming through the monitors that was recorded moments earlier?  Rich, the engineer at the session, replied to my disbelief cooly by saying, “That’s what that guitar sounds like.”  The microphones and preamps played a part as well, I’m sure, but you can’t deny the source. This guitar would certainly be on the next record, Platforms.

My reaction to the playback was the same for Platforms.  The guitar sings on every song and is very responsive to changes in articulation and picking (I go into a lot more detail about these variables in my previous post, Maeve’s Lament).  The guitar closely mimics a nylon string instrument in Move, the third track on Platforms.   The mids are warm, the basses percussive, and the trebles sound round and full.

I will take as much time as needed to find the right instrument.  I will search for months, or even years for the right guitar in some cases.  I auditioned dozens of guitars before deciding on this particular one.  I sampled guitars from just about every major manufacturer as well as several boutique models with the recording projects I had planned in mind.  After all of this, I narrowed my sites on one of Taylor’s least expensive models, the 114 “Grand Auditorium.”  I was surprised.  The higher end ones I tried were great, but something about this model intrigued me.  I asked the salesman to get every 114 from the stock room and auditioned each.  All were equally as good as the one in the showroom, but the last one we unpackaged had a lively spirit that set it apart from the others.  It was an instrument that needed to be recorded, so I took it home.

I wanted Platforms to growl a little more than On Steel Strings, so I went for a single mic configuration with a direct line from the guitar mixed in.  I selected a mid-line Blue microphone that I was familiar with from tracking my 2007 release, New Music For Old Truckers.  It has a round depth to it and a shimmer that gives the recording some immediacy without being too delicate.

Some of the passages in Move are pretty intense.  Chords dance up and down the neck with a moving bass line and detailed inner voices.  It requires a lot of restraint and hand strength to keep all of the parts at the same volume.  The efforts to balance the counterpoint added to the buoyant tones achieved on this track.

This was the last composition written for the record.  I was in the middle of unpacking boxes in my new residence last year when I decided I needed a break.  I sat down with the guitar and Move came out.